Free cancellation up to 24 hours before activity starts 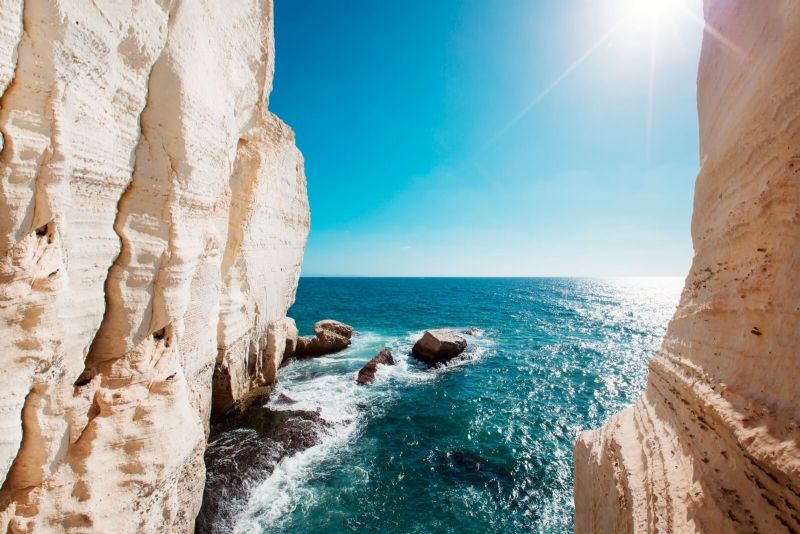 
We leave Tel-Aviv and travel up the Mediterranean coast, on the way we pass Herzilya and Natanya before reaching our first point of interest Caesarea. The city of Caesarea was constructed under Herod and named after the Roman Emperor, Caesar. From what remains of the ancient city we can see that it was a prosperous and luxurious city. Among the archaeological excavations we can see gateways, a moat and well preserved walls and rooms. There is a perfectly preserved Roman amphitheater which is still used today for performances by Israeli and international artists. The Roman remains were preserved for centuries by the sea sand which covered and protected the stones. Next to the amphitheatre is part of what was once a hippodrome. We can see the remains of a Roman Temple which stood above the port overlooking the busy commercial ships which carried treasures from the east and the Nabatean caravans which were on route to Rome. Following the Romans the city stood neglected for centuries until the Crusaders arrived but in the years after the Crusaders the city once again sank into oblivion.
We continue driving north passing through Haifa where we stop to see the breathtaking Baha'i Shrine and gardens. The terraced gardens cascade down the mountain towards the city below, each of the 19 terraces bursts with colorful flowers and landscaped designs. Our next stop is at Rosh HaNikra, the most northerly point along Israel's Mediterranean coast. We descend by cable car into the network of limestone grottoes created by the constant bombardment of waves against the rocks. On our return journey south we stop at Acre (Akko), the largest Crusader city in the country. The city is extremely well preserved and you can't help being impressed by the incredible architecture and how it has survived. Part of the city is alive with markets and people still living in the ancient buildings.
We see the walls and moat which was reconstructed and repaired by El Jazzar at the end of the 1900s. The mighty walls prevented even Napoleon conquering the city. We can see the Crusader remains, the prison used under Turkish rule and the gallows which were used under the British Mandate to hang Jews who broke the British law limiting Jewish immigration to Palestine following World War II.

This tour to the incredible coastal cities of Caesarea, Rosh HaNikra, Haifa and Acre starts as we travel north of Tel Aviv along the coastal road. We pass the beach resort cities of Herzilya and Natanya then arrive in Caesarea. Our Caesarea tour takes us through the remains of Caesarea Maritima, an ancient Roman city constructed by Herod, King of Judea in about 25-13 BC. The port city had an amphitheater, hippodrome, temples, palaces and other structures. Many have been excavated and preserved. The amphitheater is still used today for performances by leading artists. Later Caesarea became a Byzantine capital. Then the Crusaders established a city here surrounded by massive fortified walls. Continuing on our tour we pass through Haifa, Israel’s third largest city built on the slope of Mount Carmel facing the sea. The Haifa tour stops at the Baha’i Gardens where 19 terraces flow down Mt. Carmel. The terraces are planted with geometric precision and adorned with flowers, fountains and statues. At the center of the garden is the Shrine of Bab. Your tour guide will tell you about the Baha’i, their beliefs and the significance of the gardens. Next the tour reaches the extreme northern border where Israel meets Lebanon and the sea crashes against the white cliffs of Rosh HaNikra. Over millennia nature has hollowed out a labyrinth of tunnels and caves in the rock. The reflection of the white rock onto the blue water creates a magical turquoise color. Once the caves were only accessible from the water but today tourists can take a cable car down to the caves.  As the tour makes its way south on our return journey we stop in the Crusader City of Acre (Acco). Above ground there is a lively Ottoman-era city with a busy market and fishing harbor. Beneath the surface is a complete Crusader city built in the 12th century. See fortified walls and a moat that even Napoleon was not able to overcome. Tour the Crusader remains, the Turkish citadel and see sites used during the British Mandate. The tour leaves Acre and returns south along the coast.

The tour does not include:

The tour does not include:

All the ways to Petra & Wadi Rum

Use our Shuttles Services

WHY TRAVEL WITH US?

No brokerage payments! We manage...Read more

the tour for you - you can be sure that we will manage and operate the actual trip and not any third party. our vehicles are ours as well as the staff trained by us and working for us. In addition, we have backup and operational call center support 24 hours a day. No headaches - the great advantage of touring with us is that we save you all the hassle and worry involved in organizing such a trip. You can devote your precious time to a trip, to the landscapes . Experienced staff - All of our staff have extensive knowledge and relevant experience. Their common denominator is their love for trips and trips. We make sure to integrate a variety of workers with special needs and from the entire population. In conclusion - with excellent vehicles,Commitment to the lowest prices! professional equipment and excellent staff, you are guaranteed enjoyable trips and experiences you will never forget.

Every time you choose to go on a trip to...Read more

the Middle East, especially in Israel, Jordan or Cairo, you expect to enjoy it with peace of mind knowing that our operation team takes care of all the smallest details. We are here for you all the way - from finding the trip, the route, the hotel and all the other things that fit you to the point where you first met us. Our company is a unique company thanks to the dynamic approach and constant renewal - in the goals, the routes and the choice of sites - along with the years of experience and experience that enables us to offer the most experiential trips. Thanks to the ties we have forged over the years, we are proud and happy to offer you excellent tours at the cheapest and most attractive prices in the market and the best - responsibly! We Call it A lifetime experience.

The staff at the Fun-Time Israel Office is prepared to assist you 24/7...Read more

in your search for the perfect tour. We offer Tours, Hotels and Transportation options in Jordan, Egypt, Israel and more... Our professional guide team has all the knowledge and a detailed history behind the beautiful sites.

We are you using the best payments platform in Israel..Read more